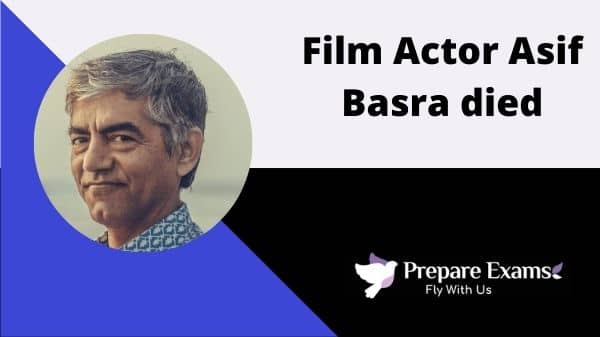 On 12th November, The famous and noted film actor Asif Basra has died at the age of 53. he was found hanging at his private complex in Mcleodganj, Dharamshala.

India’s Unemployment Rate drops to 6.43 per cent in September: CMIE