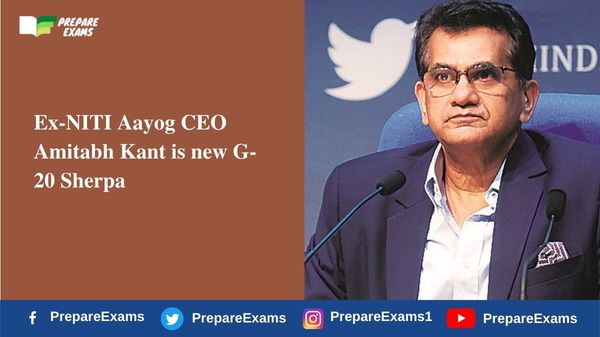 FORMER NITI Aayog CEO Amitabh Kant has been appointed as India’s new Sherpa for the G-20, will replace Piyush Goyal, Minister for Commerce & Industry and Consumer Affairs, who was appointed as the G-20 Sherpa in September 2021.