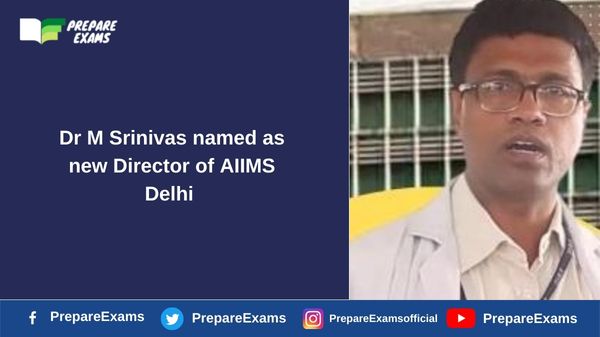 Dr M Srinivas named as new Director of AIIMS Delhi – The dean of Employees’ State Insurance Company (ESIC) Hospital and Medical College, Hyderabad, Dr M Srinivas was elected as the director of New Delhi’s All India Institute of Medical Sciences (AIIMS) for a period of five years with effect from the date of assumption of charge of the post, or till attaining the age of 65 years, or until further orders.