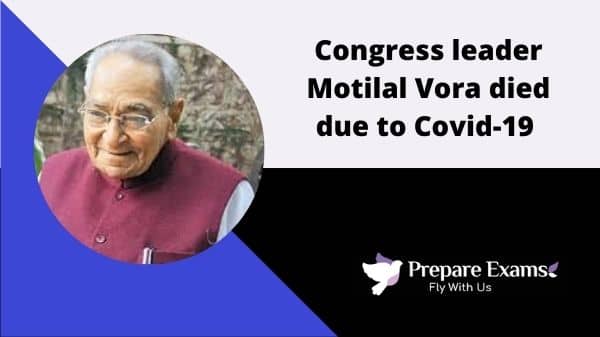 On 22nd December 2020, The Senior and noted leader of Congress Shri Motilal Vora has taken his last breath at the age of 93. he was suffering from COVID-19 complications.

Shri Motilal Vora Ji was among the senior-most Congress leaders, who had vast administrative and organisational experience in a political career that spanned decades. Saddened by his demise. Condolences to his family and well-wishers. Om Shanti: PM @narendramodi— PMO India (@PMOIndia) December 21, 2020

Q.1 Who is Motilal Vora?

He was the senior leader in the Congress party among others. recently, he died.

Q.2 Where Motilal Vora was born?

Q.3 What is the Cause of death of Motilal Vora?