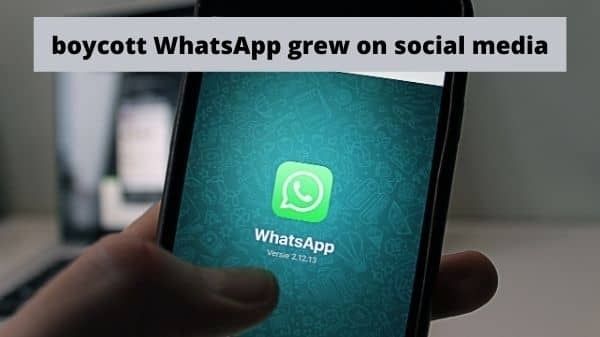 There was seen a big jump in downoads the messaging app Signal. the CEo of Tesla Elon Musk also tweeted “Use Signal” to his 41 million followers on Thursday. after the tweet, a huge number of downloads could be seen. Elon Musk concerns new WhatsApp’s terms and privacy policy that may leads to security concerns.

As the boycott WhatsApp calls are being increasing on social media. the human rights activist Iyad el-Baghdadi also tweeted: “It’s time to dump @Whatsapp and get our moms to use @signalapp.”

There are no Terms of Service for a mother’s love.https://t.co/uWaguxLtVy

It’s time to dump @Whatsapp and get our moms to use @signalapp . There is no other way. https://t.co/5D80jdiyle