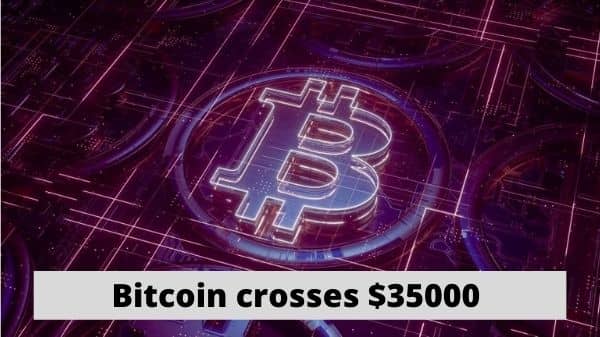 On 6th January, Bitcoin cryptocurrency has reached its peak with the value of 35842. it has broken a record of two days ago. now, it gained 6% high on Wednesday to reach a new peak.

However, On Monday, a big drop occurred by 17 per cent. after the recession, this currency has emerged as quadrupled in 2020. recently, JPMorgan Chase & Co. has estimated that the value of bitcoin can go up to 6 146000 in the long run.