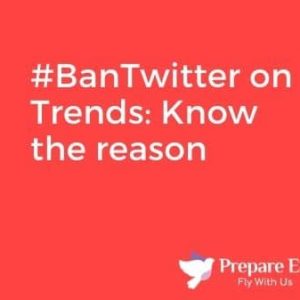 #BanTwitter on Trends: Know the reason

The Indian govt has sent a notice to Social Legend Twitter. because Twitter showed Leh as part of Jammu and Kashmir. IT ministry has asked to explain within five days why Twitter has shown an incorrect map which disrespects the territorial integrity of the country.