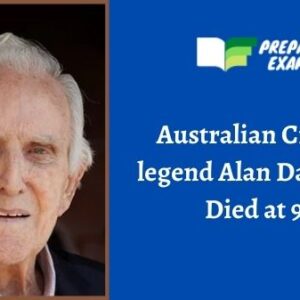 The Australian and New South Wales cricket all-rounder Alan Davidson has taken his last breath at the age of 92. Davidson became the 1st player to achieve the feat of scoring 100 runs as well as taking 10 wickets in a single Test match.

Alan Davidson was associated with which sports?

Alan Davidson was associated with Cricket.

Alan Davidson had played cricket for which country?