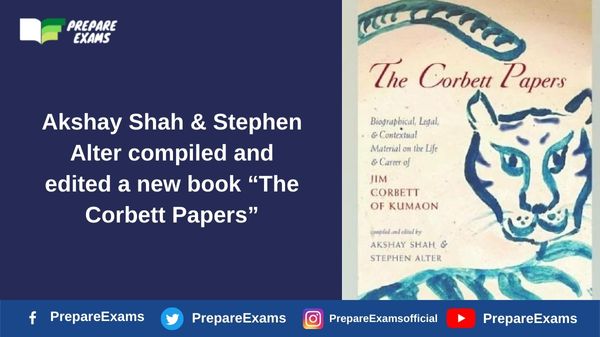 Akshay Shah and Stephen Alter have compiled and edited a new book titled “The Corbett Papers: Biographical, Legal, & Contextual Material on the Life & Career of Jim Corbett of Kumaon” which is about Jim Corbett, the famous naturalist­hunter, has penned down a series of bestsellers about his experiences with wildlife in the jungles of North India.