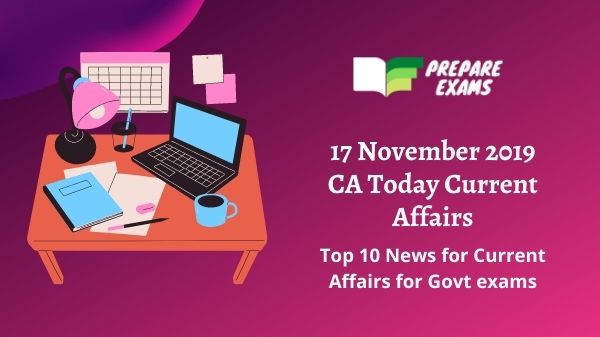 A bicycle development council by DPIIT

The Department for Promotion of Industry and Internal Trade (DPIIT) has established a new development council for bicycle headed by DPIIT secretary Guruprasad Mohapatra, for manufacturing and designing bicycles.

Ex President Mahinda Rajapaksa’s brother, Gotabaya Rajapaksa has got victory in the Presidential election in srilanka. further he had served as Defence Secretary during LTTE War.

To response to emergency among 500 forces, UP Police earns third prize

Famous Singer Azad Yusuf,people calls him as Cochin Azad, died at the age of 62.

Recently, The Social activist Abdul Jabbar, who contributed for justice for 1984 Bhopal gas tragedy’s victims and survivors, has died during treatment from the some months.

The Ex leg-spinner Tony Mann from Australia country, had played only 4 Tests matchs between 1977 and 1978, has died at the age of 47.