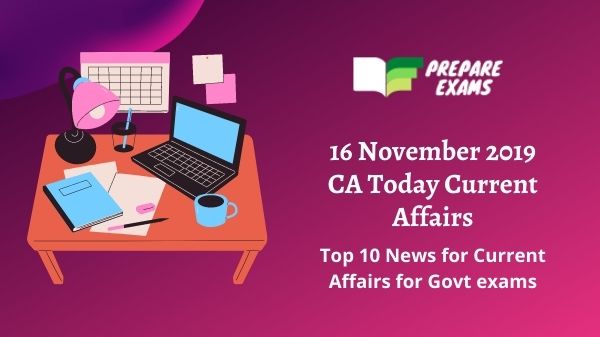 to take a step for positively impacting on more than 10 million people of coastline, India has begun 43 millions dollars project ehich aims to boost climate resilience in 3 coastal states and made partnership with United Nations Development Programme (UNDP).

The Defence Minister Rajnath Singh has started off Sisseri Bridge which was made by Border Road Organisation (BRO) in Arunachal Pradesh state.

The Cabinet of Chhattisgarh granted to healthcare scheme

The Cabinet of Chhattisgarh state headed by Chief Minister Bhupesh Baghel has given approval for mergeration and integration of health schemes into one scheme.

In Jammu and Kashmir, NISHTHA begins

The National Initiative for School Heads’ and Teachers’ Holistic Advancement (NISHTHA) has begun in Jammu and Kashmir state of india.

The Prime Minister of India Narendra Modi joined annual session of BRICS. BRICS is a group of five main economies of world they are India, China, Brazil, South Africa and Russia.

as a result,Shri Rajat Sharma has given resignation from the post of Delhi and District Cricket Association (DDCA) President due to facing road blocks during his duties.

at Tab Expo 2019 event in Amsterdam, Netherlands, for most impressive public service category 2019, consequently,The Tobacco Board of India has achieved the Golden Leaf Award