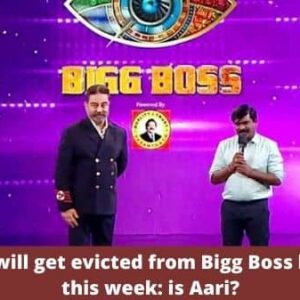 Who will get evicted from Bigg Boss house this week: is Aari?

At night, Anitha and Ramya were discussing after the Christmas celebration at Bigg Boss house. Anitha asked Ramya regarding this and Ramya said, ‘Aari has a chance to leave. in the first week, Rekha was evicted from Bigg Boss House.

However, Anita thinks different and said the gift voucher was awarded to Aari because he was appointed the captain of the house and it has nothing to do with eviction.

The video of Ramya and Aari is currently going viral.