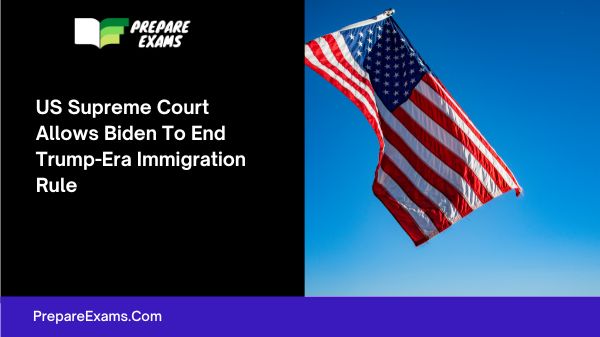 US Supreme Court Allows Biden To End Trump-Era Immigration Rule – On 30th June 2022, The US Supreme Court provided President Joe Biden with the green light to end the so-called Remain in Mexico policy instituted by Donald Trump as part of his hardline approach to immigration.