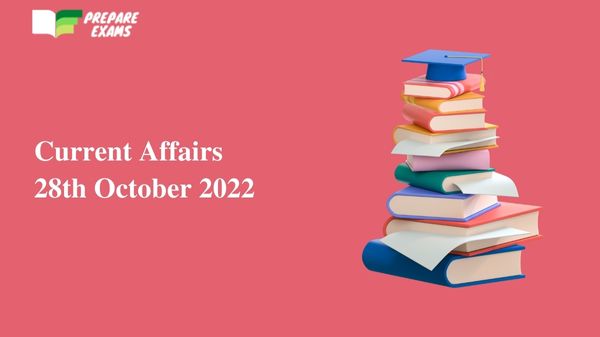 Delhi Lieutenant (LG) Vinai Kumar Saxena launched a one-time property amnesty scheme called “SAMRIDDHI 2022-23” for residents of authorized and regularised colonies of Delhi. SAMRIDDHI scheme stands for Strengthening & Augmentation of Municipal Revenue for Infrastructure Development in Delhi and people will have to pay the principal amount of the current and pending past five years for residential properties, and six years for commercial properties, and get a waiver on all pending dues, including penalty and interest

International Federation of Film Critics (FIPRESCI) has declared Legendary filmmaker Satyajit Ray’s feature “Pather Panchali” as the best Indian film of all time. The 1955 film got the number one slot in the top ten films in the history of Indian cinema list. “Pather Panchali” was declared after a poll conducted by the India chapter of FIPRESCI.

India’s representative to the International Civil Aviation Organization (ICAO), Shefali Juneja was appointed as the chairperson of the United Nations specialized aviation agency’s Air Transport Committee (ATC). Shefali Juneja is a 1992 batch officer of the Indian Revenue Service (Income Tax cadre) and served as a Joint Secretary in the Ministry of Civil Aviation (MoCA) before joining the ICAO.

The government of India has elected Sangeeta Verma as the acting chairperson of the Competition Commission of India (CCI) and will replace full-time Chairperson Ashok Kumar Gupta who is demitting office. Sangeeta Verma is currently a member at the regulator.

Every year, International Animation Day is observed on 28th October to mark the art of animation and this day also recognizes the artists, scientists, and technicians behind animation.