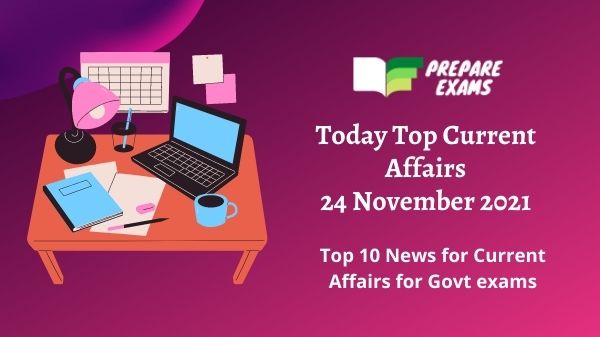 Union Home Minister Amit Shah has laid the foundation for ‘Rani Gaidinliu Tribal Freedom Fighters Museum’ in the state through video conferencing on 22nd November 2021. it aims to honour the contribution made by freedom fighters of the state during the freedom struggle against British Rule.

On 22nd November 2021, The International Emmy Awards 2021 was the 49th edition of the annual ceremony held in New York City.

India Vs UK: The Story of an Unprecedented Diplomatic Win- Book by Syed Akbaruddin

Former India’s Permanent Representative to the UN Syed Akbaruddin has released his new book titled ‘India Vs UK: The Story of an Unprecedented Diplomatic Win’.

In Assam, Lachit Divas (Lachit Day) is celebrated every year on November 24. the day marks the birth anniversary of the legendary Ahom army general Lachit Borphukan.