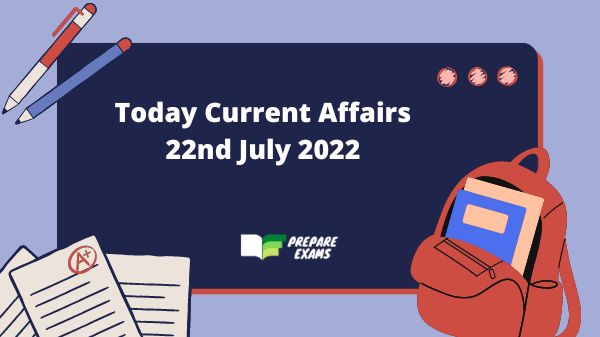 Brijesh Gupta has been elected by RattanIndia Power as its new managing director. He is having experience working across the renewable, steel, mining and commodities sector in India and abroad.

Prime Minister of Italy, Mario Draghi has resigned from his post after key coalition parties withdrew their support for his government on measures tackling the high cost of living. Draghi submitted his resignation to President Sergio Mattarella. However, Draghi’s government will continue serving under a caretaker capacity till a new leader is elected.

World Brain Day is observed by the World Federation of Neurology (WFN) on July 22 every year, focusing on a different theme each year. According to WHO, good brain health is a state in which every individual can realize their own abilities and optimize their cognitive, emotional, psychological and behavioural functioning to cope with life situations.