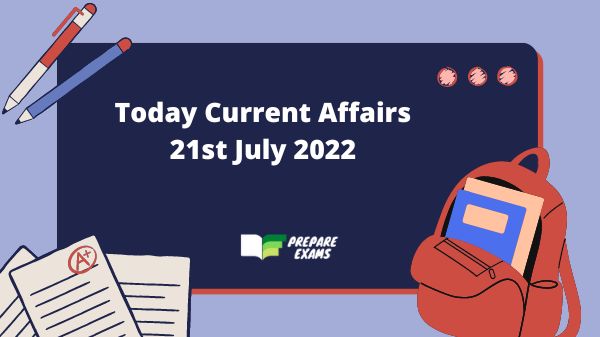 Uttarakhand CM Dhami released the book “BEYOND THE MISTY VEIL”

Chief Minister Shri Pushkar Singh Dhami Ji has released the book titled“BEYOND THE MISTY VEIL”, Temple Tales of Uttarakhand. the book was written by Ms Aradhana Johri (who is a former IAS officer and had served earlier as the District Magistrate of Nainital) on the temples of Uttarakhand.

The National Academy of Agricultural Research Management (NAARM) has received the Sardar Patel Outstanding ICAR Institute Award 2021 (in the Large Institute Category) for its overall performance. Union Minister of Agriculture and Farmers’ Welfare Narendra Singh Tomar presented the Sardar Patel Award of ICAR to Ch Srinivasa Rao, Director of NAARM in New Delhi at a function to mark the 94th Foundation Day of the ICAR.

Former Supreme Court judge, Vineet Saran has assumed the charge as the Board of Control for Cricket in India (BCCI) ethics officer and ombudsman. He has replaced Justice (Retd) D. K. Jain, whose term ended in June 2021. 65 years old Saran is a former Chief Justice of Odisha High Court and also served as a judge in Karnataka and Allahabad High Court.

Retired Army officer Raj Shukla has been elected as a member of the Union Public Service Commission (UPSC). The recommendations were made by UPSC for candidates to the Govt for designation to the Indian Administrative Service (IAS), Indian Foreign Service (IFS), Indian Police Service (IPS) and the Central Services — Group A and Group B.

Bangladesh ODI captain, Tamim Iqbal has announced his retirement from the T20Is format and he took this decision after defeating West Indies 3-0 in the three-match ODI series.