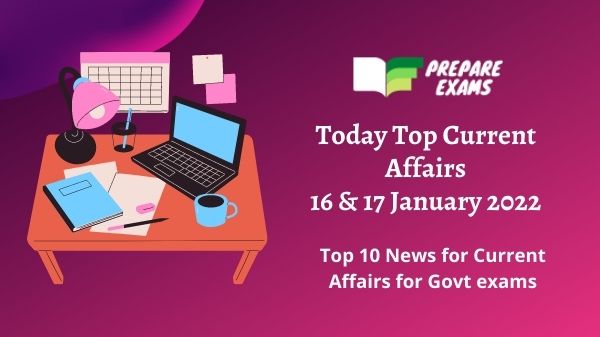 Nicaragua President Daniel Ortega become the President of the county for a fourth consecutive five-year term.

Telangana Minister KT Rama Rao has announced to invite Tesla CEO Elon Musk to set up a Tesla plant in India. after the Telangana state, two more states, Maharashtra and West Bengal have also invited Musk in their respective states to launch his EV maker in India.

Tasnim Mir as first Indian to achieve World No 1 Ranking

In the latest Badminton World Federation (BWF) junior rankings, Tasnim Mir, India’s under-19 shuttler has become the world number-1 badminton player in the women’s singles category of Under-19 with 10,810 points.

Virat Kohli has decided to step down as captain of India’s Test team, with immediate effect. Indian team faced the loss in the Test series to South Africa 2-1 with a seven-wicket loss in Cape Town.

Kathak legend Pandit Birju Maharaj has passed away at the age of 83 due to a heart attack in the early hours of Monday.