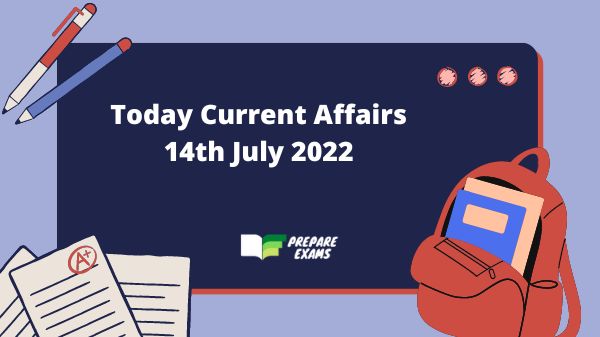 Prime Minister Shri Narendra Modi inaugurated the Deoghar Airport in Jharkhand on July 12, 2022. Chief Minister Hemant Soren was also present during the event. PM Modi also laid the foundation and inaugurated projects worth ₹ 16,800 crores, including a 657-acre airport built at a cost of ₹ 401 crores.

The Governor of Himachal Pradesh, Rajendra Vishwanath Arlekar has released a book titled “The McMahon line: A century of discord” which has been authored by General JJ Singh (Retd), the former Governor of Arunachal Pradesh and former Chief of Army Staff (CoAS).

The Reserve Bank of India (RBI) has given its approval to the appointment of former RBI executive Meena Hemchandra as non-executive independent (part-time) Chairman of the private sector lender Karur Vysya Bank for a period of three years.

Noted social worker and Padma Shri awardee Avdhash Kaushal died at the age of 84 at a private hospital in Dehradun due to a prolonged illness. Kaushal founded the non-governmental organisation (NGO), Rural Litigation and Entitlement Kendra (RLEK) in the late 1970s for development work amongst tribal hill communities in the areas of Jaunsar-Bawar, a tribal belt of Dehradun district.