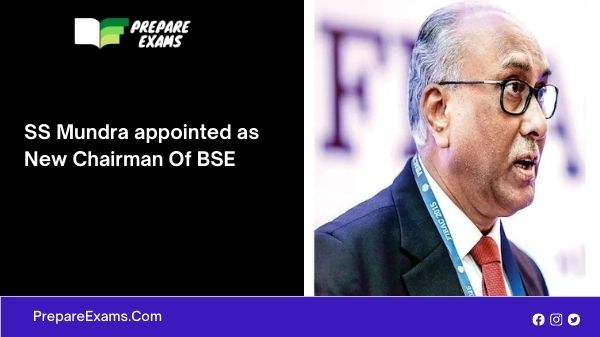 SS Mundra appointed as New Chairman Of BSE – Indian stock exchange BSE has appointed Public Interest Director SS Mundra as its new Chairman. his appointment is to be approved by the Securities Exchange Board of India (SEBI).

Who Is SS Mundra, New Chairman Of BSE?