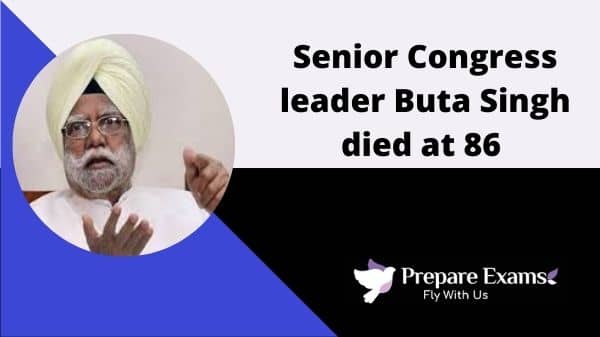 86 years old the Ex-Union Minister and senior Congress leader of Rajasthan has died. Buta Singh had served as Indian Home Minister during the Rajiv Gandhi government between 1986 and 1989. he also worked as the Minister of Agriculture and Rural Development.