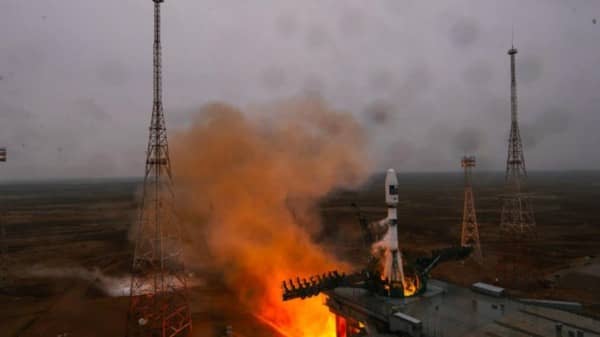 On 22nd March 2021, the Russian space agency ‘Roscosmos’ has launched 38 foreign satellites into space. A Russian Soyuz rocket took off from the Baikonur cosmodrome in Kazakhstan.

“The Soyuz-2.1a carrier rocket with the Fregat upper stage and 38 spacecraft from 18 countries took off from the Baikonur cosmodrome,”

We are starting to show the broadcast of the launch of the Soyuz-2.1a carrier rocket with the Fregat booster and 38 spacecraft (#CAS500-1 as main payload) from Baikonur