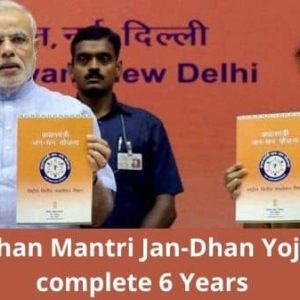 On 28th August 2020, Pradhan Mantri Jan Dhan Yojna (PMJDY) has completed its 6-years duration. 6 years ago, PMJDY was begun in 2014. PMJDY is known as a foundation stone for BJP govt for people-centric economic initiatives.

The main purpose of this scheme is to make financial services to ensure such as Banking/ Savings & Deposit Accounts, Insurance, Pension and so on are included.

The Centre has planned to prolong the PMJDY program from 28th August 2018 and new things were added with PMJDY.