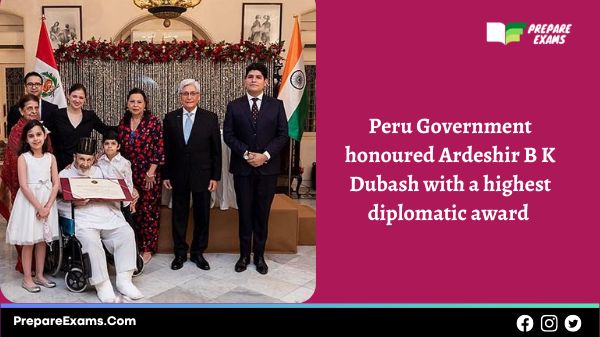 Peru Government honoured Ardeshir B K Dubash with a highest diplomatic award – Ardeshir B.K. Dubash has been honoured with the Order of “Merit in the Diplomatic Service of Peru Jose Gregorio Paz Soldan” by the Ministry of Foreign Affairs of Peru.