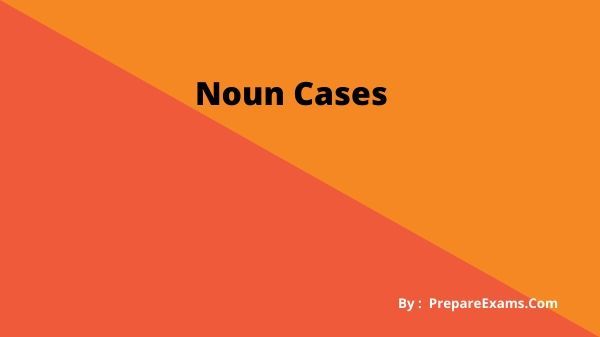 Noun Cases – > Noun carries another topic which is case of noun .The Uses the cases of Noun to find out about the condition or Position  of noun.

There are five types of noun cases . ther are