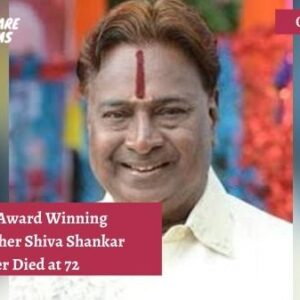 National Award-winning choreographer K Sivasankar has passed away at the age of 72. he was suffering from COVID-19 related complications.