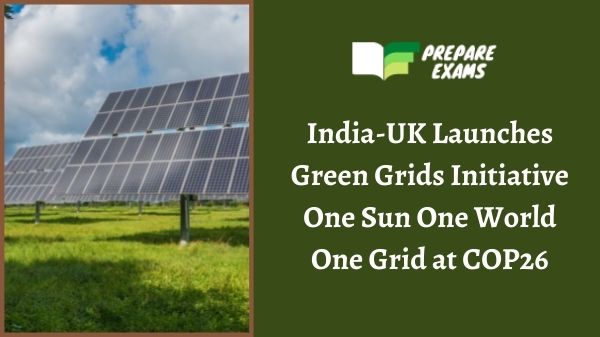 Prime Minister Narendra Modi and UK Prime Minister Boris Johnson have launched a ‘green grids’ initiative named the One Sun One World One Grid (OSOWOG) project—on the sidelines of the COP26 summit during the World Leaders’ Summit of COP26 on November 02, 2021.

One Sun One World One Grid project