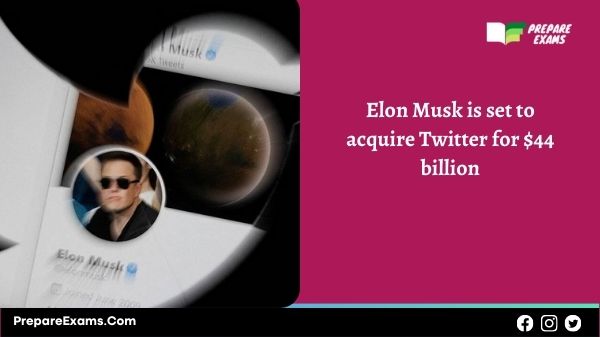 Elon Musk is set to acquire Twitter for $44 billion – The world’s richest man Elon Musk has taken control of Twitter for approximately $44 billion with shares valued at $54.20. Musk had announced his takeover bid on April 14th, 2022.