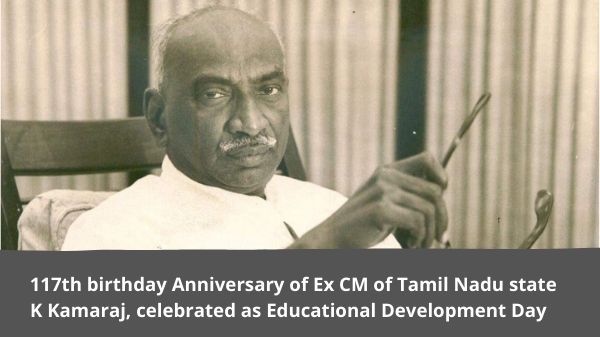 Educational Development Day on 15th July – the 119th Birthday of former Chief Minister of Tamil Nadu, K. Kamaraj, who is revered as the father of the renaissance of Education in Tamil Nadu and Puducherry was celebrated by the citizens in Puducherry. The former Chief Minister of Tamil Nadu Shri K.Kamaraj Ji’s birth anniversary is observed as Tamil Nadu’s Educational Development Day. the day aims to remind people about his contribution to boosting the school education facilities of Tamil Nadu state. he was known as “King Maker”.