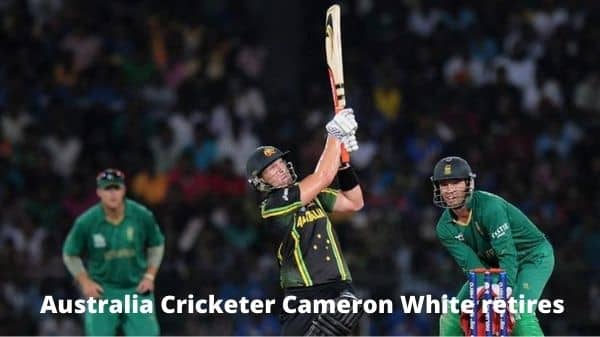 Australian Cricketer Cameron White has decided to take retirement from all forms of professional cricket. he is an all-rounder player. he has played 4 Test matches 91 ODIs and 47 T20Is for the national team. along with it, he scored 146 runs in tests, 2072 runs in ODIs and 984 runs in T20Is.

In the domestic cricket, he performed outstanding and he amassed 10,537 first-class runs in 177 Match with an average of 39.91. he also played a role as captain for Australia team for 7 international games in the limited games.