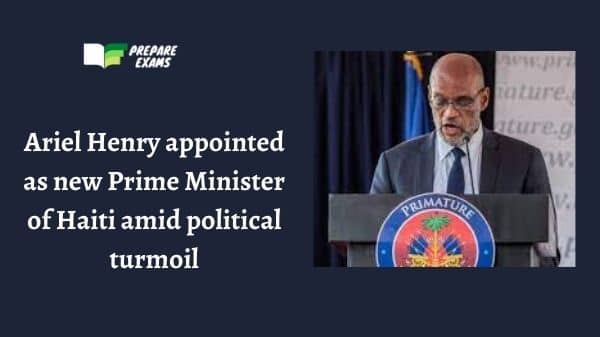 On 20th July 2021, Ariel Henry has been appointed as the new Prime Minister of Haiti. this decision was taken amid political turmoil caused by the assassination of President Jovenel Moise.