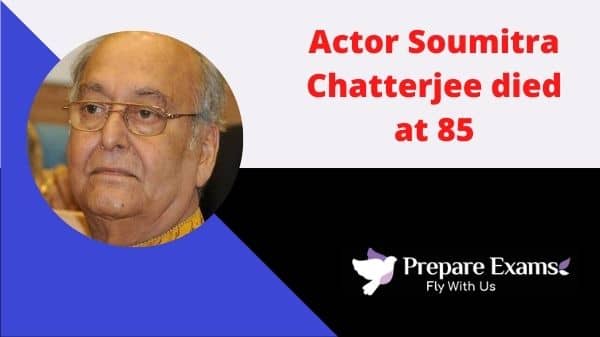 The noted Bengali actor Shri Soumitra Chatterjee has taken his last breath at the age of 85. he earned Dadasaheb Phalke award in his life.